Pathway for Scotland’s Accession to the European Union under Independence 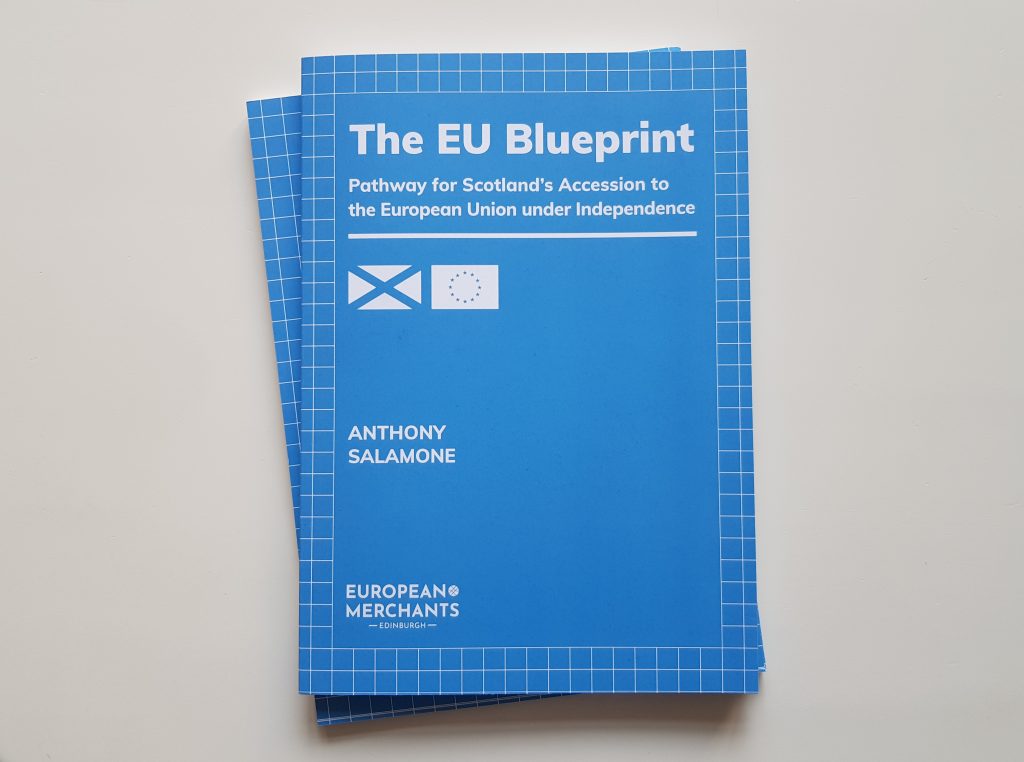 Print copies will soon be available for order

Europe is at the heart of Scotland’s independence debate. And so it should be. Our relationship with the European Union is crucial to our future in so many respects. Whatever Scotland’s constitutional choices, the EU will shape our continent.

Scotland has most regrettably been outside of the EU for several weeks now. Brexit is a course which Scotland never set. These are challenging times, and an uncertain future awaits in the undefined EU-UK relationship.

This Blueprint presents a pathway for Scotland to become an EU Member State in the event of independence. It is not a report on whether Scotland should become independent, but instead a thorough, detailed analysis of what EU accession and membership would involve, if the people of Scotland choose independence.

The report is clear in its view that under independence it would be in Scotland’s strategic national interests to join the European Union. Yet Scotland must consider EU membership as a question of values, not just interests. The EU is a political, economic and social union. Membership would be a fundamental expression of the shared values between Scotland and the other members of the Union.

Through its chapters, the report covers the evolution of an independent Scotland’s pathway towards EU membership. It begins with the institutions of the state and principles which Scotland should establish, followed by the parameters of the EU accession process and the shape of Scotland’s pre-accession EU relationship.

It continues with the mechanics of the accession negotiations and the priorities which Scotland could bring to them, before setting out the stages of approving the eventual treaty of accession.

This Blueprint draws on years of thinking and discussions in Edinburgh, Brussels, EU capitals and beyond. It is full of recommendations – the kind of innovative analysis and bold ideas which European Merchants was founded to create.

At this crossroads moment for Scotland, and with the prospect of an independence referendum on the horizon, now is the time to advance Scotland’s Europe debate to the next level – to consider the choices, challenges and opportunities ahead.

It is my hope that this Blueprint contributes to that informed debate.

Terms and conditions | Company No SC643557 | Registered in Scotland